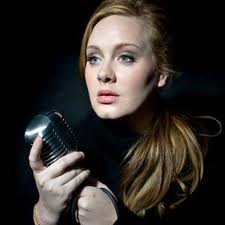 In 2012 yesterday, becoming the most shining year for Adele. Starting from the album 21, involved in the latest movie to break the record of the year.

In this age who have not reached 25, the singer of "someone like you", managed to get a lot of compliments. With a beautiful voice, simple lyrics, he was offered to be a filler movie soundtrack Skyfall. Adele album also becoming the best-selling album of all time.

21 album sold 4.562 million copies and to figure surpassed Oasis album. However, the position remained behind Adele album sales combined between the Queen and ABBA. British singer also became the first singer who has sold over 3 million albums in the UK in the period of one year.

Adele successfully won 12 trophies at the Billboard Awards 2012 which include Top Artist, Top Female Single and Top Pop Album of the Year. While at the Brit Awards, Adele has bagged the Best Female Artist and Mastercard Best Album of The Year. Plus she won several awards at the Grammys. indeed

All of these awards is a tremendous achievement that occurred in the year 2012 yesterday. Adele is perfect happiness on the birth of his first child with Simon Konecki. It is the greatest gift that obtained by Adele during the year 2012.

Adele Became a Star in 2012 4.5 5 samuelkurnianta In 2012 yesterday, becoming the most shining year for Adele. Starting from the album 21, involved in the latest movie to break the record...